A community-driven source for post-production information 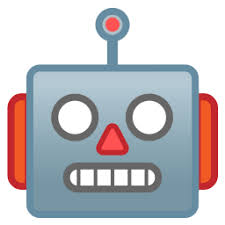 Cinesite have released this VFX Breakdown about their work on the first season of Netflix series, LOCKE & KEY...

How VFX Houses Are Keeping Workflow During Coronavirus

As the coronavirus pandemic started to sweep the country and subsequently shut down businesses in the U.S., post-production houses with global offices were paying close attention, watching and strategizing. That process involved looking at existing work from home set-ups, network security and mobilizing an entire workforce so that productivity continued comfortably, seamlessly and securely.

There are few topics in any professional filmmaker’s career as researched and discussed as how to price ones services. Whether it’s “how much you charge” or “what price you set your rate,” professional filmmakers, and really, professional creatives from all disciplines, spend countless hours reading blog posts, books, and watching videos by Chris Do to figure this out.

Learn about how Zixi and Blackbird provide integrated video solutions to deliver live broadcast-quality video over IP during a webinar on April 29, as part of Zixi Powered! virtual showcase.

From planning your storyboard to collaborative editing apps, here’s a guide to navigating the challenges of managing a video editing project remotely.

Apple's ProRes was first introduced in 2007 and has become one of the industry standards of codecs. As the world of production and post production technology is always evolving, ProRes RAW can handle some of the more intensive requirements, such as 8K and HDR — if you have a Mac. However, Apple has released a long-awaited beta of ProRes RAW for Windows. Let's take a look.

In the dumpster fire that is Tom Hooper’s adaptation of Andrew Lloyd Weber’s hit Broadway musical Cats, no news is too shocking. From its very first trailer, the Universal-produced movie became the butt of every joke. The horrific animation alone was enough to spawn its own category of memes. But even months (and six Razzie Awards) later, Cats is still managing to ruffle the fur of those who worked on the project. In a new interview with The Daily Beast, an anonymous source gave the scoop on the elusive "Butthole Cut" of Cats.

In December of 2019, Walter Murch extended me a generous invitation to come see a screening of his documentary, Coup 53, in San Francisco. Shortly before I went – armed with a ton of questions of my own – I asked the Facebook group of Blue Collar Post Collective if there was anything they’d like to ask Murch. I took their questions with me and presented them in this interview.